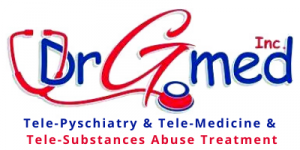 Psychological Evaluation Psychologists and other qualified mental health professionals use psychological tests to measure specific psychological constructs in individuals.
Psychology is the scientific study of how we think, feel and behave. There are the five main approaches that have guided modern psychological research.
Why do you act the way you do? Have you ever wondered why some people are the life of the party and others prefer to curl up with a good book? Or why you remember certain events but not others? People have studied the mind and how it works since the time of the ancient Greeks, but the scientific study of psychology only dates back to a little over a hundred years ago.
Since Wilhelm Wundt opened the first psychology lab in 1879, psychologists have studied various aspects of human behavior, such as personality, brain functions and socio-cultural influences. As psychology progressed, it began to tackle the question of why we do what we do from different angles, including: biological, psychodynamic, behavioral, cognitive and humanistic perspectives. Let's look at each of these five main approaches that guide modern psychological research.

Bio-psychologists look at how your nervous system, hormones and genetic makeup affect your behavior. Biological psychologists explore the connection between your mental states and your brain, nerves and hormones to explore how your thoughts, moods and actions are shaped.
So, what does that mean? It means that for the biological approach, you are the sum of your parts. You think the way you do because of the way your brain is built and because of your body's needs. All of your choices are based on your physical body. The biological approach attempts to understand the healthy brain, but it also examines the mind and body to figure out how disorders like schizophrenia develop from genetic roots.

The psychodynamic approach was promoted by Sigmund Freud, who believed that many of our impulses are driven by sex. Psychologists in this school of thought believe that unconscious drives and experiences from early childhood are at the root of your behaviors and that conflict arises when societal restrictions are placed on these urges.
Now, there are a lot of jokes about Freud and his now mostly outdated theories. But have you ever thought that something about who you are today comes from your experiences as a child? Say, you blame your smoking habit on an oral fixation that stems from being weaned from breastfeeding too early as a baby. Well, that also comes from Freud's theories, and it was an idea that revolutionized how we see ourselves.

Behavioral psychologists believe that external environmental stimuli influence your behavior and that you can be trained to act a certain way. Behaviorists like B.F. Skinner don't believe in free will. They believe that you learn through a system of reinforcement and punishment.
The behavioral approach is really effective when you don't care what someone thinks, as long as you get the desired behavior. The influence of these theories affects us every day and throughout our lives, impacting everything from why we follow the rules of the road when driving to how advertising companies build campaigns to get us to buy their products.

In contrast to behaviorists, cognitive psychologists believe that your behavior is determined by your expectations and emotions. Cognitive psychologist Jean Piaget would argue that you remember things based on what you already know. You also solve problems based on your memory of past experiences.
So, with this approach, we turn away from people as machines without free will and delve back into thoughts and feelings. How you act is based upon internal processes, and there is much more stress upon individuals. From a cognitive perspective, your expectations of an upcoming party will affect how you feel and act while you're there and will color your memory of the night after you return home.


In contrast to the behavioral approach, the humanistic approach works on individual empowerment. Whether you are right or not, in a larger sense, you are motivated to be the best person you can be. All your choices come from trying to improve your life. So, if you're trying to cut back on your nightly wine consumption, a humanistic therapist would be encouraging and supportive but won't directly advise you to quit or try to analyze why you drink in the first place.

These are instruments used to measure how much of a specific psychological construct an individual has. Psychological tests are used to assess many areas, including:


It is important to note that not everyone can administer a psychological test. Each test has its own requirements that a qualified professional must meet in order for a person to purchase and administer the test to someone else.

Types and Examples of Psychological Tests


Attitude tests, such as the Likert Scale or the Thurstone Scale, are used to measure how an individual feel about a particular event, place, person or object.


Vocational tests, also referred to as career tests or occupational tests, are used to measure your interests, values, strengths and weaknesses. This information is then used to determine which careers or occupational settings you are most suitable for. Career psychologists and counselors most commonly use vocational assessments to help their clients make decisions about their future educational goals and career choices. Examples of vocational tests include:


Direct observation tests are measures in which test takers are observed as they complete specific activities. It is common for this type of test to be administered to families in their homes, in a clinical setting such as a laboratory or in a classroom with children. They include:

Instruments used to measure specific constructs. Psychologists use these tests to help them to provide an accurate diagnosis for a client. Career counselors, educators, counselors and other mental health professionals also use them. There are nine types of psychological tests:


These tests cannot be administered by just anyone. There are certain requirements that have to be met in order for a trained professional to purchase and administer a psychological test.